Death In A Box 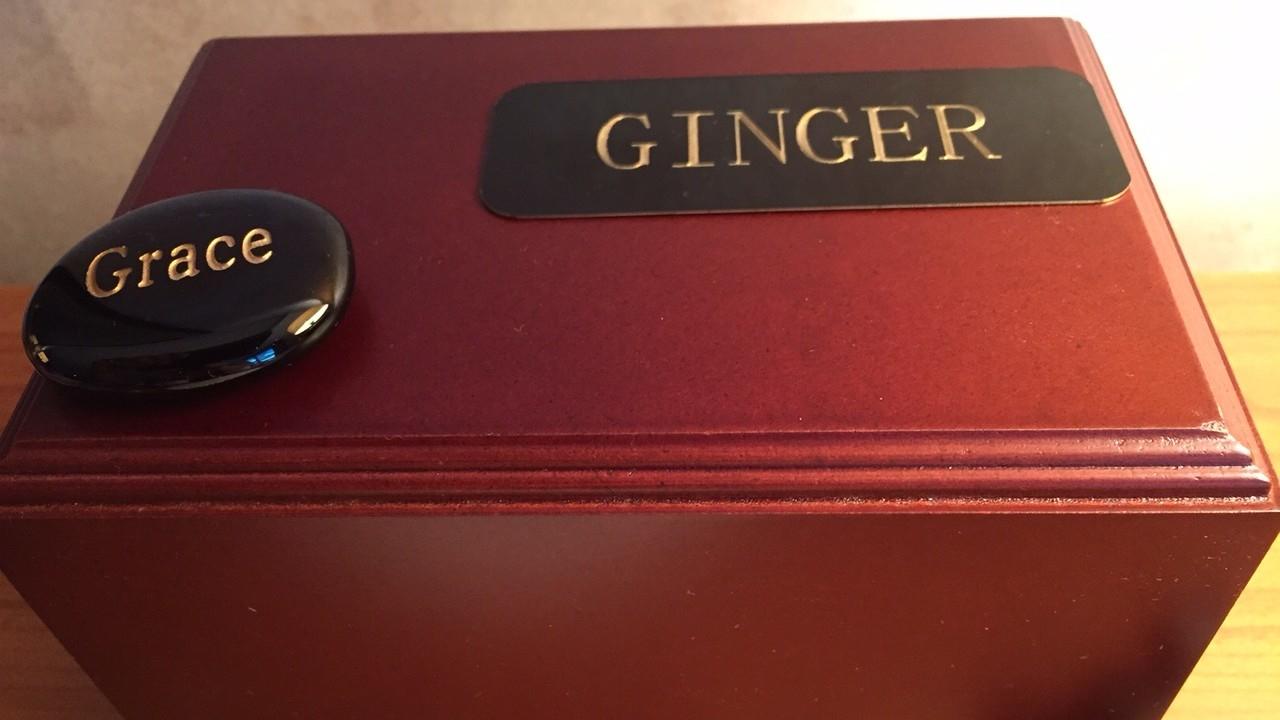 Three years ago this month my mother died. That call that you expect yet never want. She was the ever ready bunny. She wouldn’t let go – I believe because my father wouldn’t and couldn’t let her go. So she stayed.

Two days after the call I flew to Florida to be with dad – lots of things need to be addressed after a death – not to mention the emotional component. He’d had mother cremated; he’d selected an urn and wanted my opinion before making the final decision.

Seeing someone you love in a box – no matter how plain or fancy – is quite sobering. How can that once vibrant person (or animal) be distilled down to something so SMALL?

This month I said goodbye to my Ginger and 10 days later I picked her up – in a box. And the experience was jarring.

As I drove there, my mantra was

And then the unexpected happened, and I became a puddle inside as the tears involuntarily appeared and flowed.

The individual who helped me had checked me in and taken my money countless times. When he came out of the room with a small box, it was like I’d been hit in the chest. I had a physical response of raw emotion. And I certainly didn’t care what I looked like and who witnessed. He said with such sincerity “call me if you need anything.” My mind went completely and totally blank, time stood still, and I just said, as I reached around him “I need a hug.”

There are so many layers of learning and appreciation around this.

~ allowing myself to just be inside the emotion without judgment
~ allowing others to show compassion and accepting it
~ understanding that what’s IN the box is what remains of the physical body – the REAL person (or animal) is of spirit. And, if you pay close attention, there are all manner of communications with you.

I’m told the grief comes in waves… From my mentoring work, I know the importance of feeling it fully, not stuffing it but rather going through it. There’s no going around it – no shortcuts. Through it. Now.

And now I will practice that mindfully as I allow Ginger to teach me from the other side.

This post was written the day before the world learned of the murder of Cecil the Lion. It seems only appropriate, at least to me as I grieve alongside the rest of the world, to dedicate this to #CecilTheLion. Your death will not be in vain.