The Sacredness of Conscious Dying 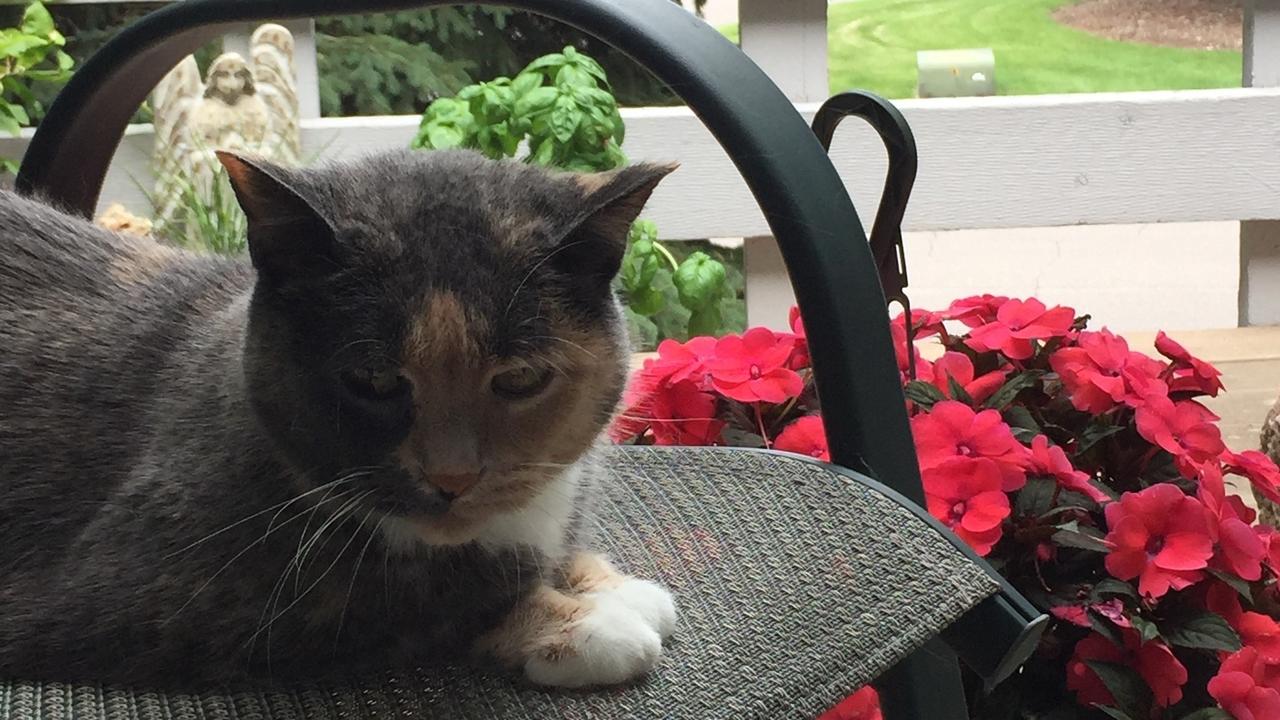 The last challenge for me since my traumatic brain injury (TBI) last year has been to write – to capture a thought and actually be able to convert it into written words. This blog came, was “downloaded” and felt like my writings did pre-injury. I’d like to believe it has something to do with my feline companion, Ginger. Her gift to me. Gratitude.

A few years ago I was involved in an organization that came up with an entire list of line items of dos and don’ts in having and creating a sacred space. The notion is absurd. Indeed, I found it extremely offensive. One item on the list was no pets.

That was enraging to me, because my practice was in my home and my Healer Kitty was very much a part of each appointment. Some clients she greeted, left while in session and returned when we were done. She knew when to return and clean up the energetic debris. Other clients she literally had to touch them in their broken state. Some clients asked where she was when she didn’t say hello.

She was an important ingredient to the sacred healing process.

This new list, I knew, was one more “beginning of the end” in my involvement.

This week I had to say goodbye to my healer companion. She asked for assistance; I had a choice to make. Her regular veterinary care with a “big box” name? or a clinic very close so she didn’t have the additional discomfort of a longer drive? I had experienced the difference of a clinical environment with an alternative vet. Big difference. How did I want to do this? This was uncharted territory.

I chose to return to the clinical environment. Cost. Less. Distance. Farther. Her doctor could have closure too. Good. Her assistant asked to be there. Even better and quite impressive.

Our appointment was at 3.30 in the afternoon. Each minute held an eternity.

My daughter joined us. Ginger found me because of my child’s incessant request to look at cats 15+ years ago. Ginger chose us. And over time it was apparent she was my cat more than hers. But. Ginger was my daughter’s first kitty – this was difficult.

Ginger hated being in the car. She began crying as I backed out of the garage! This trip, in her very weakened state, she was quiet. I talked to her as usual. I’m turning. I’m slowing down. I’d grown accustomed to telling her what I was doing so she would know the sensations to expect.

This drive, though, she was quiet. I’d even brought the carrier to her rather than carry her downstairs – being held was too uncomfortable. I told her One Last Time…. Everything was One Last Time. Tears.

As we turned from the street into the parking lot, she voiced her first meow. And then a second. And another. It was as if she had counted the turns and knew. Or perhaps she was inside my head listening to every thought, and in my body feeling my every emotion.

My daughter and I walked into the building with me carrying Ginger. There were two individuals at the counter I did not recognize, but one got up and got someone who knew me. We were ushered in a room that was all set up. I immediately felt the sacredness and love that had gone into making this florescent lit, ugly yellow room Holy.

I had wondered how I could or would possibly handle standing at that counter and paying them to bring my sweet kitty the peace she so needed. I never had to do that. I was brought water, and I was the boss. Anything we wanted or needed was just a request away.

Sacredness is not created from someone else’s list of line items.

Sacredness is created from the heart, from doing the best you can with the tools you’ve got.

Ginger passed with Grace. Such Grace. She is now free from the physical body that held her spirit captive as it broke down around her.

Do not ever let anyone tell you what sacredness looks like. It comes from within. YOU know. And believe me, animals play a huge role in Sacred Space.

Lovingly dedicated to my feline teacher… Ms Ginger, the Queen, the Regal One. The lessons from the other side have already begun.

And to my daughter Elizabeth for doing the uncomfortable because sometimes stuff just isn’t about you. It’s about doing what’s good for the other – in this case a pussycat.

And to Dr. Angela Jung and her assistant Kory. Thank you for loving Ginger as if she was your own.