The Self Led Woman Gets the Prize! 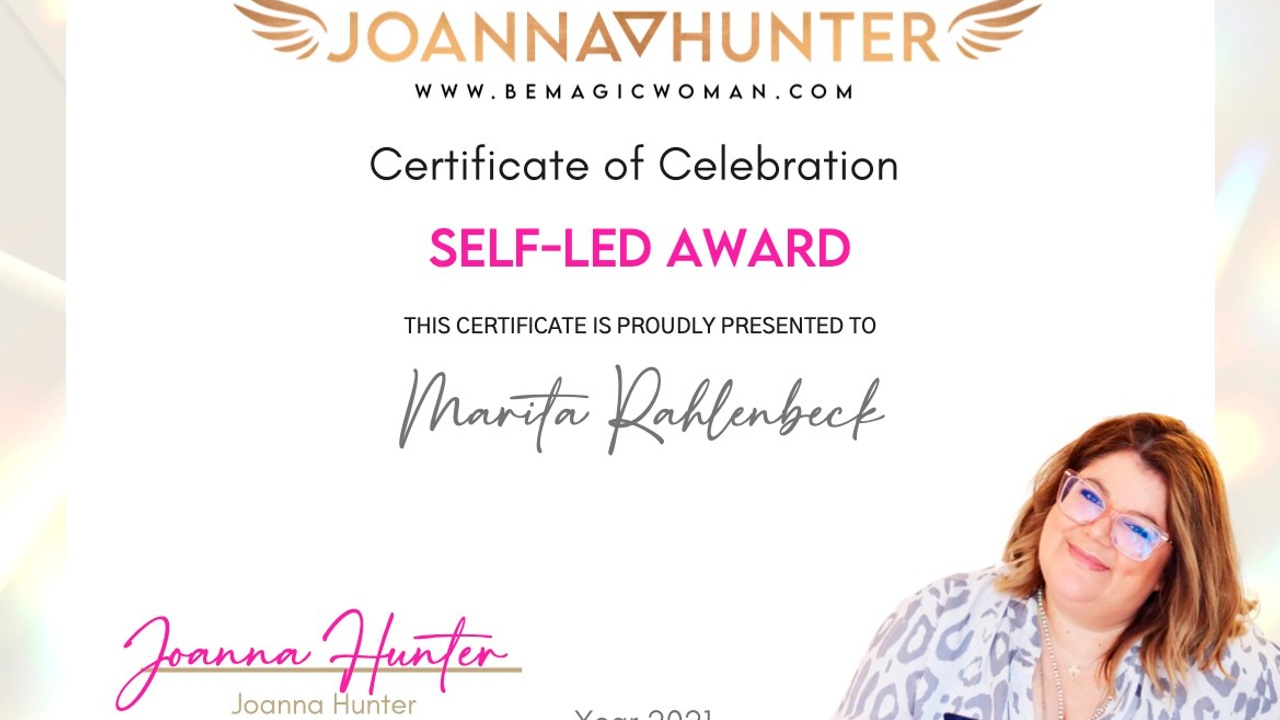 I was presented with an award last week.

I am so honored, thrilled and excited. Why? because someone actually SEES the act of being self-led as awardable.

I am someone who seeks out opportunities to learn, to gain access to information and communities that will make me better, impart a skill I need, shift a mindset I have AND THEN ACTS UPON IT.

As a coach and mentor, I encounter many people who want these same things, but they don’t take action — action to get herself in the room, take out the credit card and invest in the course, the coaching, the thing that’ll collapse time for them and take themselves to their next level. They lead themselves right up to the door and then refuse to turn the door knob and open the door and step through.

When I first came into Joanna Hunter’s world through her My Million Dollar Experiment, her language profoundly resonated with me.

2021 has been about putting myself in rooms I never ever dreamed I would be in. Rooms with powerful, powerful entrepreneurs who were not afraid to be unsure yet also earn $5K, $10K a month all the way up to multiple millions per year. One of my coaches even passed $24M —during a worldwide pandemic.

A year ago my goal was not to become a millionaire. My goal was not even to surround myself with millionaires. But there I found myself — surrounded with powerful, self assured women. It happened because I felt the fear of the investments and made the choice to invest in spite of the fear. (I invested in a 5 figure mastermind for 2022 because my only “con” on my pros/cons list was money and fear, and that proved weak compared to the outcomes of the year long experience will give me.)

I learned the power of literally just being in the room with powerful women during a coaching call and allowing it to calibrate my energy. When I feel like putting something in my mind, I choose a past call to listen to/be with. I have even listened to French calls —and I don’t speak or understand French. It doesn’t matter. It’s energy.

Where in your life are you wanting to collapse time? How would walking beside someone who has walked the path you wish to walk save you years of learning from trials and errors?

Is Now the right time for you to feel the fear and choose a higher calling?

Is Now the right time for you to invest in that mastermind? That coaching opportunity?

If you are wanting to collapse time to achieve something big and magical during 2022, hit reply, message me, send a carrier pigeon and let’s begin the conversation. It’s time to get off the sideline and into action. Now is always a good time, but right now, as 2022 is barely born, is a great time.