Animals Offer Us Divine Wisdom ~ Here's What Zoe Did 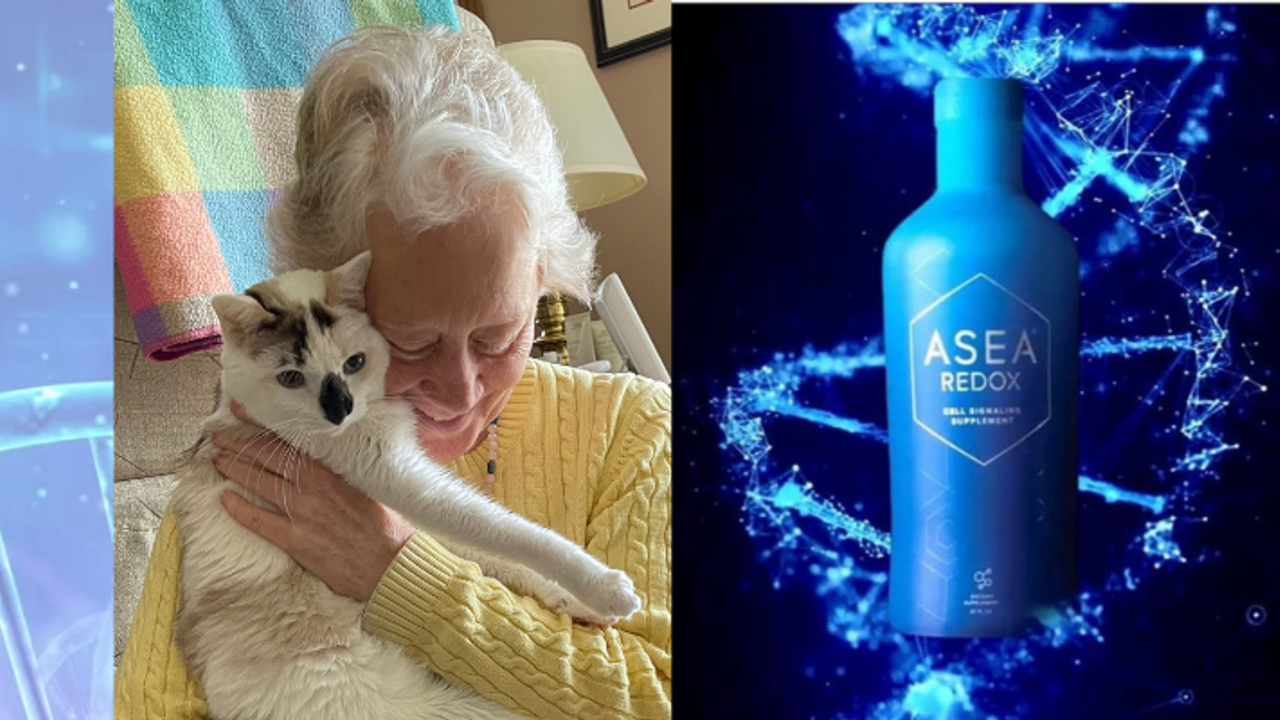 I owe it all to Zoe.

After all, if it hadn’t been for her and her illness I would not have had the dream.

I see Asea as the gift she gave me. A parting gift, if you will. Her sacrifice, my gain.

The morning I received her diagnosis, I saw a simple post on social media. A photo of the Asea Redox Cell Signaling bottle and 4 simple sentences.

It went into my subconscious as interesting. That’s it.

Later that same day I was given the bad news that Zoe’s body was full of growths. Inoperable. I was devastated. I had brought my sweet Zoe in for a well check and was given a death sentence.

I’d just “done this” with Grace (her surrogate mama) a few years before, and I didn’t want to do it again.

I had a conversation with God and said so. You have to give me something, because I just am not doing it again.

When we ask, there is always an answer.

Saturday morning I awoke with a directive: buy that blue bottle for Zoe.

Gratefully I remembered who posted the post my subconscious had stored away.

Even more gratefully, I actually had the woman’s phone number in my contacts!

After introducing myself I said:

I don’t know what this is.

I don’t know how it works.

But I want to buy some for Zoe.

Thus began my experience with redox cell signaling molecules. I could not speak intelligently about this technology for months. I didn’t feel the need to know what it was; I was following a directive from Divine Wisdom.

Zoe’s response was rather immediate.

My delivery system was over her moist food. That’s not how you are “supposed” to do it, but it was the only way I could. She was a traumatized cat I had finally gotten to trust me (I inherited her after my former husband died); I was not going to syringe it in her mouth twice a day. She was dying anyway. I wanted her life to be as happy and loving as I could give her.

Two days in and her fur was perfection — it was so soft and beautiful! She had more energy; she was affectionate. She played. She was a completely different animal — which is saying a lot, because when I brought her home, she was scared and her gut was so messed up from eating cheap food I had to completely change what she ate until I found something her system accepted (of course it was the most expensive: dehydrated, raw food)

I chronicled her journey on Facebook with the #zoe2022 hashtag. Someday I will gather all that and do something with it so it’s easier to find/consume.

Zoe is the genesis of my walk with Asea.

Now I know a bit more about the science.

Now I have my own stories which amaze me on a very regular basis.

Now I have stories from my customers and associates which bring me such pleasure that my sharing Asea with them impacts their lives in a positive, healthful manner.

Now I know the secret to health is at the molecular level. (Yes, that seems logical, but science has not had a mechanism to help at this level until Asea found a way to stabilize the redox molecules outside the body.)

Given my history with science (I’m the art, language arts person. Not the science and math person), my mother (a physicist and math and science nerd) would be so very delighted in the path my life has taken.

Join me on this journey of redox cell signaling molecules.

Read my stories; watch my videos. Share them with people who need to know.

Better yet, join me and say yes to enhancing your own health. Join me and the growing Asea Family. The world needs health and hope; you can help bring this to those you know and love.